Where Did My Gas Mileage Go?

Every year, when the mercury drops and the snow flies, we Canadians are used to seeing our fuel bills go up – not only at home, but also in our cars and trucks.  Why?  Well, even though plenty of well-meaning half-truths have been told about this phenomenon for years, at Expertec, we thought we’d give you some science-based answers.

We might not be able to get you great economy, but at least you’d fully understand why driving in summer costs less.

First things first – understand that, no matter what type of fuel you use – gasoline or diesel – the actual chemicals and additives used in the fuel change based on the time of year.  While all diesels today use ULSD, long term testing has shown that the summer blend of Diesel #2 simply burns better and usually accounts for an increase in economy of up to 20% based on the lack of anti-gelling agents.  This has been validated by testing at the national level, so if you drive an oil burner, your fuel supply takes a toll before you even burn it.

On the other hand, all fuel does contain different chemicals – detergents, additives, ethanol, etc… based on what the manufacturer of the fuel – and the province it will be sold in – mandates.  So even if you are running a gasoline engine, your fuel economy could vary depending on where you bought it.

So why does cold weather effect economy so badly?  The “old wives’ tale” of longer warm-up and idle times is just that, a tale.  Sure, idling to warm up is usually thought to be necessary in the winter and you are burning fuel, but the effect is minimal.  It is prudent to mention that ALL manufacturers now recommend that idle times are kept to only 30 seconds if possible.  After that, they consider the engine to be ready to drive in any temperature condition.  Of course, you might still be working with the windshield scraper, but, in theory, your car is ready to go.  Yes, we know that an old, mechanically-injected diesel needs a little more time, but those are the exceptions.  If a thirty-year-old diesel starts at 40 below, then most of your problems are probably solved for the day, anyhow.

No, the real reason for poor economy is found in the engine and it is called Thermal Mass.  Simply put, engines are designed as air pumps and they can do that very effectively if they can atomize the fuel they are burning.  Even in closed fuel injection systems, that atomization relies, to a degree, on the fuel to be combined in a fine mist – atomization – with the air, then this mist is injected into the combustion chamber.  Warmer fuels just do that better and even in a warm engine, the fuel may not get appreciably warmer than the ambient air temperature.

Poor atomization leads to poor, or uneven burning in the actual cylinder head, which leads the onboard computers to run richer air to fuel ratios.  The result?  Since the engine cannot really “warm up”, it cannot run as efficiently – you use more fuel.

First, as soon as most of us get in, we turn on the heated seats, power up the defroster (which runs on the air compressor- A/C system), and turn on the radio.  All this pulls power from the charging system (which, by the way, doesn’t handle artic cold very well either and needs to recharge once the vehicle is started).  Since the charging system is powered by the pulley system on the engine, even electrical output can – and will – impact fuel economy.  In fact, hybrid cars that use batteries and gasoline suffer a whopping 34% average decrease in economy when the mercury drops.

Next, understand that you are driving on roads that may have ice or snow on them, increasing the slippage and that sips some fuel, too.  The cold air that fills your tires also reacts differently, too, and, from a safety point of view, should be addressed to ensure pressures are correct.

So how can you take back some of that lost economy, especially if, like most of our clients, your trucks and vans work for a living?

Number one would be to try to park such vehicles inside, if possible.  As cold as it gets here, even a ten or fifteen-degree difference in ambient temperature for the fuel supply and the battery can be a tremendous advantage.  At the same time, NOT having to scrape windows and wait for defrosters to clear windshields can put your crew on the road 15 minutes faster each morning – and that is fifteen minutes of fuel NOT burned. 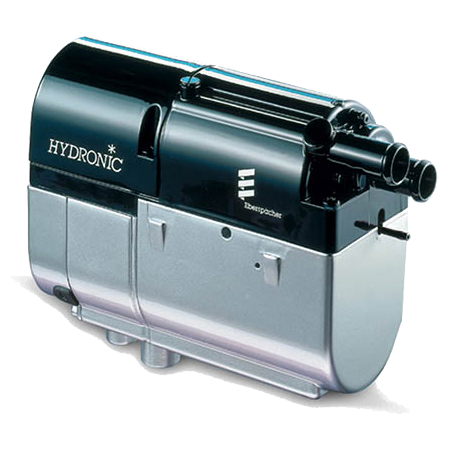 Another important asset we’ve recommended and installed for years is preheaters or engine block heaters like the ones made by Espar or Red Dot.  Long used in diesel applications, they still provide real value and faster warm up for gasoline engines, too, and the cost is easily recouped in fuel saved.

Our next winter economy hack may seem a little strange, but for companies that have fleets on the road or are dispatching every day, this one can help considerably with warm-up.  It’s simple – make the first trip the longest.  By having the engine running for a longer period of time, warm-up is complete and the computers that establish and control fuel metering will have the chance to operate at temperature for a longer period of time.  If your team’s first stop is farther away and they work their ways back to the shop from that farthest point, they will have the chance to run in (potentially) warmer afternoon air for the short trips in town – at operating temperature – and, in theory at least, with more fuel efficiency.  A minor change that can save you money over time and one that is certainly worth trying.