The Truth About Dump Bodies

There’s a dirty little secret in the trades, and we’re about to let it out on you:

Dump beds – even on a standard pickup chassis – make money.

The truth is, a dump body mounted on a one-ton or larger cab and chassis can give you and your business a lot of flexibility on the job.  No, it really doesn’t matter what trade you’re in; quite frankly, it also doesn’t matter how many times you actually use it as a true dump truck, either. 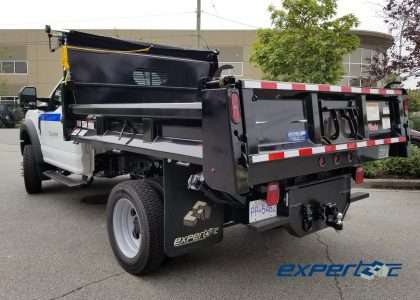 While there are obvious industries that can easily use dump bodies, like landscapers, farmers and public works, the truth is, we’re seeing more and more companies opting to upfit dump bodies on fleet trucks “just in case.”

Think about it like this:  for general contractors, builders, and construction companies, the dump truck is a “slam dunk” for debris removal.  It’s far less expensive in the long run than constantly having to pay for dumpster or trash removal on site, especially in tight confines in the city or where space is limited on a construction site.

Can you imagine putting a thirty yard dumpster on an unimproved site after thaw?  Or trying to jockey even the smallest of dumpsters in and around the old part of Calgary, with it’s narrow streets and limited parking?

Aside from that, any dumpster, even a small one, can cost hundreds of dollars a day PLUS dump fees, whether it’s being used or not, and while it’s easy to rationalize how you’ll simply be passing that cost back to the final customers, wouldn’t it be nice to add that money back into profits?  When you consider how an asset like a dump body or dump truck can be amortized over many years, it doesn’t take many jobs each year for that dump body to pay for itself.

Now, just to be clear, we’re not endorsing a dump truck built on a tractor-trailer chassis, but rather, a dump bed designed for a light or medium duty truck frame.

That means you can retain full use of the truck as a truck, it just has the ability to double as a dump truck.  Hauling equipment, pulling a trailer, even sending a crew to a jobsite for a “regular” workday.

We’ve even seen companies “renting out” their dump body-equipped trucks to other companies for a tidy profit from time to time.

Leaving thousands of dollars of wiring in an unprotected dumpster is an invitation for theft and lost profits.  A dump truck on site allows that business to protect those recyclables and ensure they make it to the scrapyard. 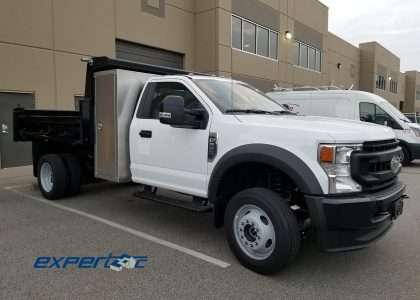 It’s the same challenge for carpenters, electricians, plumbers, pipefitters, and many other companies in the construction field, but what about those businesses that make their money “in the dirt?”

It’s no secret that farmers and those involved in the forestry industry have used dump trucks to make money for decades, but many times, the “go to” truck was a two, three, or even five-ton model.  Nearly impossible to maneuver on the highway.  A smaller dump truck, built on a regular truck chassis, can allow those businesses to move small loads quickly and – in our experience – these lighter trucks can handle a great deal of the actual work being done.

After all, we’ve all seen those old grain trucks on the farm from 1962 with 22,000 kilometers on them while the reliable, everyday “farm truck” is pushing half a million.

The reason is simple:  that farm truck is easier to drive, easier to turn, and legal to drive to town with.  Imagine outfitting that reliable farm pickup with a dump bed that allowed all the benefits of a regular truck with the flexibility of a dump bed?

That old five-ton grain truck might stay in the barn from now on!

These are just some of the things to contemplate as you look over your fleet and upfitting options for 2021.  We’ve seen a lot of interest in dump bodies in the last few months, and when we speak with those clients, they’re giving us a “truckload” or reasons why they are making this investment for their fleet.

If you’re trying to determine the best route for your own fleet, reach out to our team to discuss how a dump body might be a smart move for your business and industry. 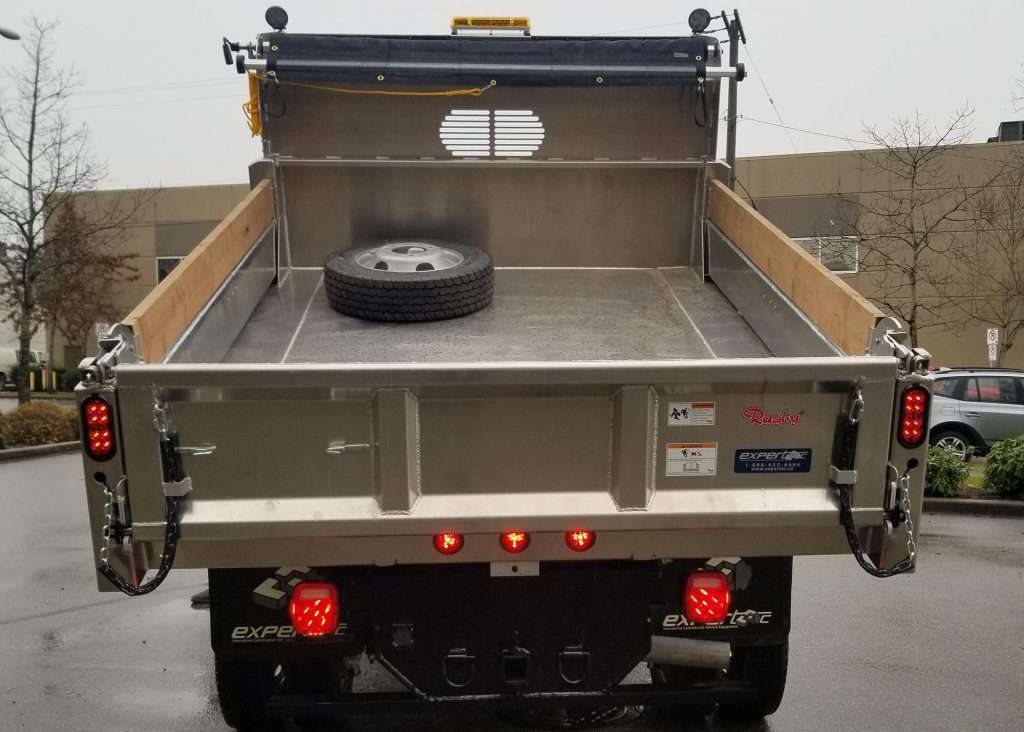