It’s no lie that the last two or three years have been among the most challenging in recent memory for Alberta and the rest of the Commonwealth.  Even as winter locks us down, we’ve still found plenty to be happy about as we welcome 2018 and a brighter economy here in the west.

Why are we so happy?

Simple – everything we’ve read and the people that we work for – the men and women who build, drill, move, refine, and construct all of the things that the western Canada economy depends on – have told us that the recession is over and the good times are slowly returning.

Who is seeing them first?  Without a doubt, the fossil fuels sector.  When oil collapsed below $50/barrel, it took a lot of other business with it and exposed some weak spots in Alberta’s economy.  Now, by our own observations, those jobs and those sectors are returning.  Not overnight, but we’ve seen a steady increase in orders for the durable equipment – upfitted trucks and vans – that were a hallmark of the pre-recession days.  Simply put, too much downsizing in the last two years has created a definite need for the exact items that we build – perfectly outfitted work vehicles.

Our Edmonton location has been running wide open and the nearly 2 year-old Calgary location has exceeded all of our predictions.  With the new unit opened in Abbotsford, BC, the story has been nearly the same.  Businesses – especially those who build, repair, and install things – are buying trucks and vans.

At the same time, since western Canada runs on fossil fuels, as we’ve seen some of those industries begin to bounce back, we expect to see a lot of the associated industries begin to pick up.  The men and women who are making money are looking to spend some of that money – durable goods for the home, business gear, and the replacement of older equipment – including trucks, tools, and computers that weren’t upgraded in the really lean times of the last few years.

The result is an economy that isn’t booming, but is growing sustainably.  We’ve long been independent out here, and no matter what occurs out east, the simple truth is that Canadians – and especially western Canadians – will drive nearly all of the economic growth in these provinces. 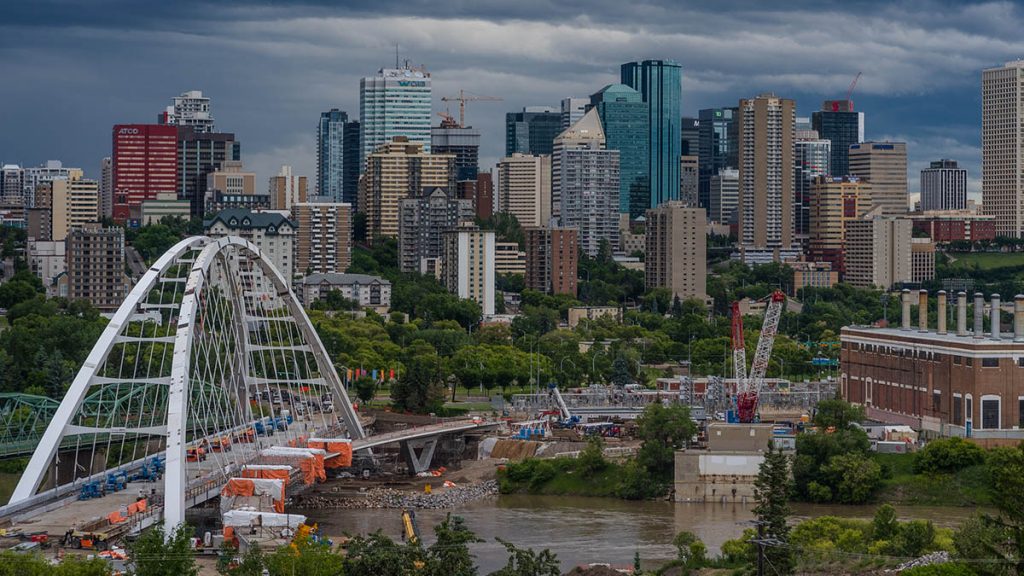 What does that really mean by the numbers?  Growth last year for Alberta was well in excess of 5.0% and the experts that we’ve talked to seem to think that 2018 will hold a more realistic – and sustainable – 2-3%.  Fine by us!  See, with numbers like that, we don’t need to worry about inflation and all the drama that it brings, but we can see businesses making and spending more money.

At Expertec, despite being professionals who can upfit a variety of trucks and vans for any condition, we also know that many of those vehicles in fleets are getting up in miles, and this financial growth that we have observed in 2017 and carrying over into 2018 means that companies and craftsman will have the ability to replace those vehicles with newer models.

At the same time, new businesses and tradesmen will be entering the market, too, now, bolstered by more money and opportunities, so those used vehicles will help to jump-start new companies and give them the resources they need to provide a competitive marketplace … again, keeping inflation in check and making sure that the consumer is getting a great deal – but still one that makes businesses money.

We hope that you share our enthusiasm as we look to 2018 and we are proud to be able to serve the many companies that are spearheading this new resurgence in the economy!