We’ve been talking about the very real questions that arise when a business, a contractor, or a trades specialist begins to look at their next vehicle. Without a doubt, the instinctive first choice is a pickup with an extended cab and enough luxury appointments to make you think twice about calling it a “work truck.” The downside is, though, that unless you fall into a fairly narrow range of needs, a pickup depending on your budget is not always the best vehicle when it comes to commercial applications.

At Expertec, we’ve seen the reawakening of the use of the purpose-built van as a viable and capable commercial vehicle for industry and the trades and one of the best examples to be found in the world is the Mercedes Benz Sprinter series of work vans.

You’ve seen them and maybe even joked with the men and women that make their living driving one – it is, after all, a Mercedes. What we’ve come to like about them is the platform offers real-world usefulness combined with a price tag that makes you forget that it’s a Mercedes. Right now, the current version of the Sprinter is due for a facelift in the fall of 2017 (the 2018 model year) and that has a lot of the experts and gurus in the auto industry wondering what the next generation of Sprinter is going to look like and feature.

Another useful benefit of the Sprinter series is that the chassis is available with four-wheel drive and, as with many other major manufacturers, the engines offer both gasoline and diesel power dependent upon needs.

So what do we know about the new model coming out this year? As with any new vehicle, manufacturers play the overall design changes close to the vest. Testing on the new Sprinter has been extensive and at the very least, it appears that Mercedes has a redesigned front fascia and the primary interior – where the driver is seated – appears to have undergone extensive redesign. We’d expect that the engine and drivetrain specifications will remain relatively stable for at least the first two years – that would be a four-cylinder engine with some type of forced induction and the buyer’s choice of fuel. Mercedes is also planning on offering a turbocharged six cylinder in the WORKER lineup – and that particular setup gets us excited – over two meters of headroom in the cargo area and nearly 500 cubic feet of space for customizing the Sprinter into exactly what you need – shelving, storage, a work station, and all the necessities to get your job done the way you want. In fact, at Expertec, we are very excited about the Sprinter series since it leaves so much space for us to work with our clients to give them exactly the functionality they are looking for in a commercial vehicle that is custom-outfitted and purpose-built. 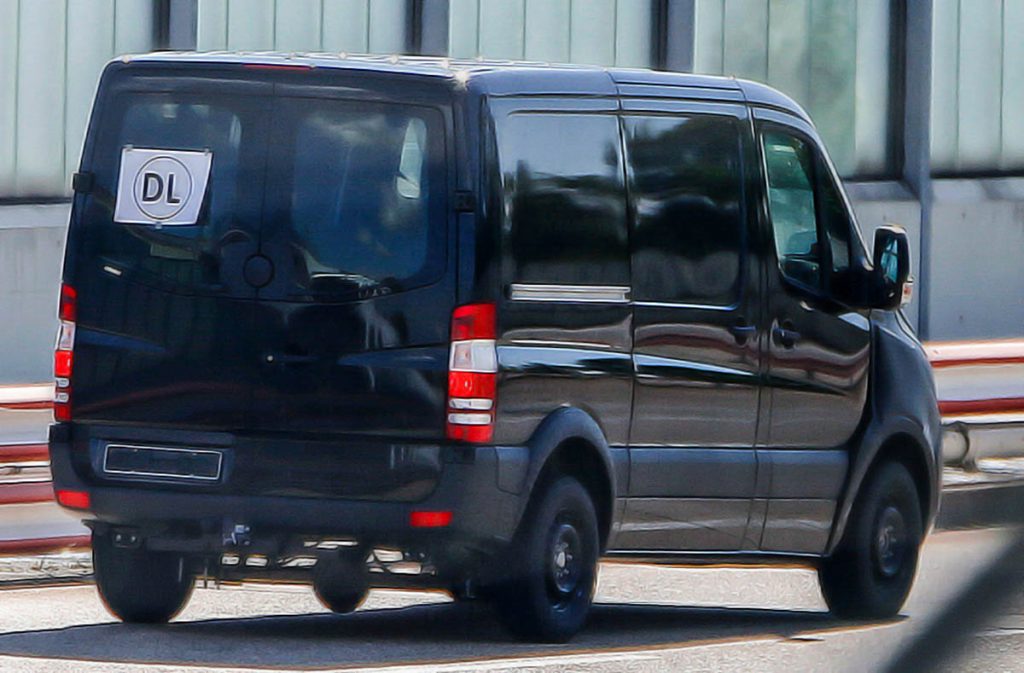 In our research, one of the primary ways that M-B has been able to grab so much market share in so little time with the Sprinter concept has been by actively listening to buyers and developing the platform based on the needs of the men and women who are using the vehicles every day. It’s important to remember that the Sprinter series was only introduced in 1995 and the new redesign represents only the third generation of these vehicles. One of the more subtle reasons that we feel these vehicles are doing so well in North America is the fact that they are actually built at the Mercedes plant in Charleston, South Carolina, potentially giving Mercedes a solid grasp of what “works” in Canada and the United States – larger vehicles, longer distances, and a demanding clientele that have come to demand more due to the dependence on vehicles not merely as a mode of transportation but also as a critical component in getting jobs done far from the shop or warehouse.

So what do we think about the new Sprinter? As with several other of the “new” style of work van, like the Ford Transit, for example, it offers buyers a great deal of value and a huge blank slate for customizing. We’ve seen everything from roof and ladder racks to fully customized shelving and storage and with nearly four decades of experience in upfitting and outfitting trucks, vans, and other vehicles for commercial use means that if you can dream it and need it, we can make it happen – whether with the Mercedes Sprinter or any other vehicle.